After the tragic death of his beloved father, fourteen-year-old Benny begins to hear voices. At first, Benny tries to ignore them, but soon the voices follow him outside the house driving him at last to seek refuge in the silence of a large public library, where objects are well-behaved and know to speak in whispers.
With its blend of sympathetic characters, riveting plot, and engagement with everything from jazz, to climate change, to our attachment to material possessions, The Book of Form and Emptiness is classic Ruth Ozeki.

Alice, a novelist, meets Felix, who works in a warehouse, and asks him if he’d like to travel to Rome with her. In Dublin, her best friend Eileen is getting over a break-up and slips back into flirting with Simon, a man she has known since childhood. Alice, Felix, Eileen and Simon are still young – but life is catching up with them. They desire each other, they delude each other, they worry about sex and friendship and the times they live in. Will they find a way to believe in a beautiful world?

Seventeen-year-old Julie has her future all planned out—move out of her small town with her boyfriend Sam, attend college in the city, spend a summer in Japan. But then Sam dies. And everything changes.

No matter your goals, Atomic Habits offers a proven framework for improving—every day. Practical strategies that will teach you exactly how to form good habits, break bad ones, and master the tiny behaviors that lead to remarkable results.

In a village in a medieval fiefdom buffeted by natural disasters, a motherless shepherd boy finds himself the unlikely pivot of a power struggle that puts all manner of faith to a savage test, in a spellbinding novel that represents Ottessa Moshfegh’s most exciting leap yet

An important addition to our understanding of a period still – mistakenly – thought to have excluded women from positions of power and significance. Femina skillfully brings out from the shadows the lives of women who ruled, fought, traded, created, and inspired. A well-researched page-turner that reads like a novel.

Experience the propulsive love story of two Greek gods—Hades and Persephone—brought to life with stunning, colourful artwork and an irresistible contemporary voice.

From the author of The Wolf and The Woodsman, comes a gothic horror retelling of The Juniper Tree, set in another time and place within the world of The Wolf and the Woodsman. A young witch seeks to discover her identity and escape the domination of her wizard father, perfect for fans of Shirley Jackson. 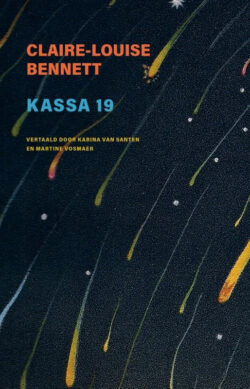